The world's largest Aviation, Space and Technology Festival TEKNOFEST'2021 has come to an end. Konya Technical University (KTÜN) took part in the festival for the first time as an academic stakeholder and received 6 awards, including 1 first place, 1 second place, 2 third places, 1 Most Original Software and 1 honorable mention.

With the slogan of TEKNOFEST 2021 Move of National Technology, it was held at Atatürk Airport between 21-26 September 2021 with great enthusiasm and excitement. Aiming to increase Turkey's human resources trained in science and engineering, the festival was organized this year with the support and contribution of 74 stakeholders.

Another award came from the 'Technology Social Innovation for the Benefit of Humanity' category. The Social-Tech Team, supervised by its Dr. Lecturer Betül Uzbaş, came in 3rd place in the competition. Team members Büşra Balaban and Kübra Nur Ayan received the third prize.

Konya Technical University Rector Prof. Dr. Babür Özçelik said, “It is an honor to return with 6 awards from TEKNOFEST 2021, where we took part as an academic stakeholder for the first time this year. Congratulations to our students and academic advisors. I wish the continuation of your success. As Konya Technical University, we believe that we will continue to increase the number of projects we carry out in order to contribute to the national technology move of our country in the coming years. I would like to take this opportunity to thank all our teams representing our university at TEKNOFEST'21.” 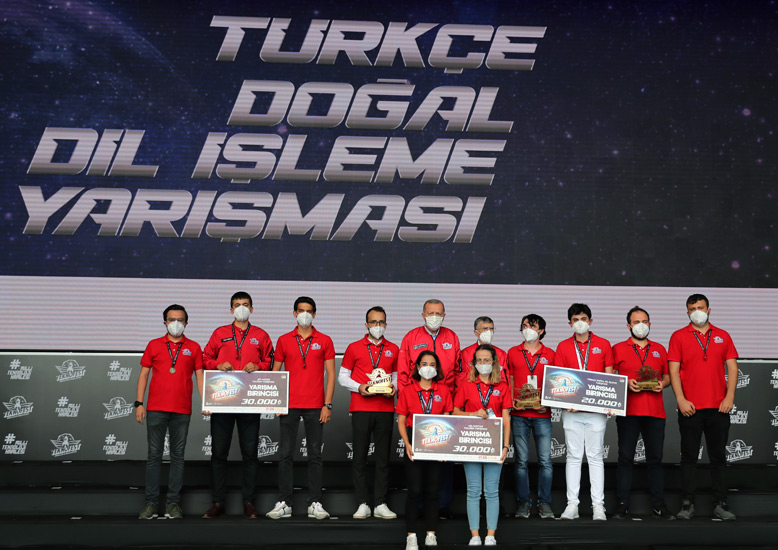 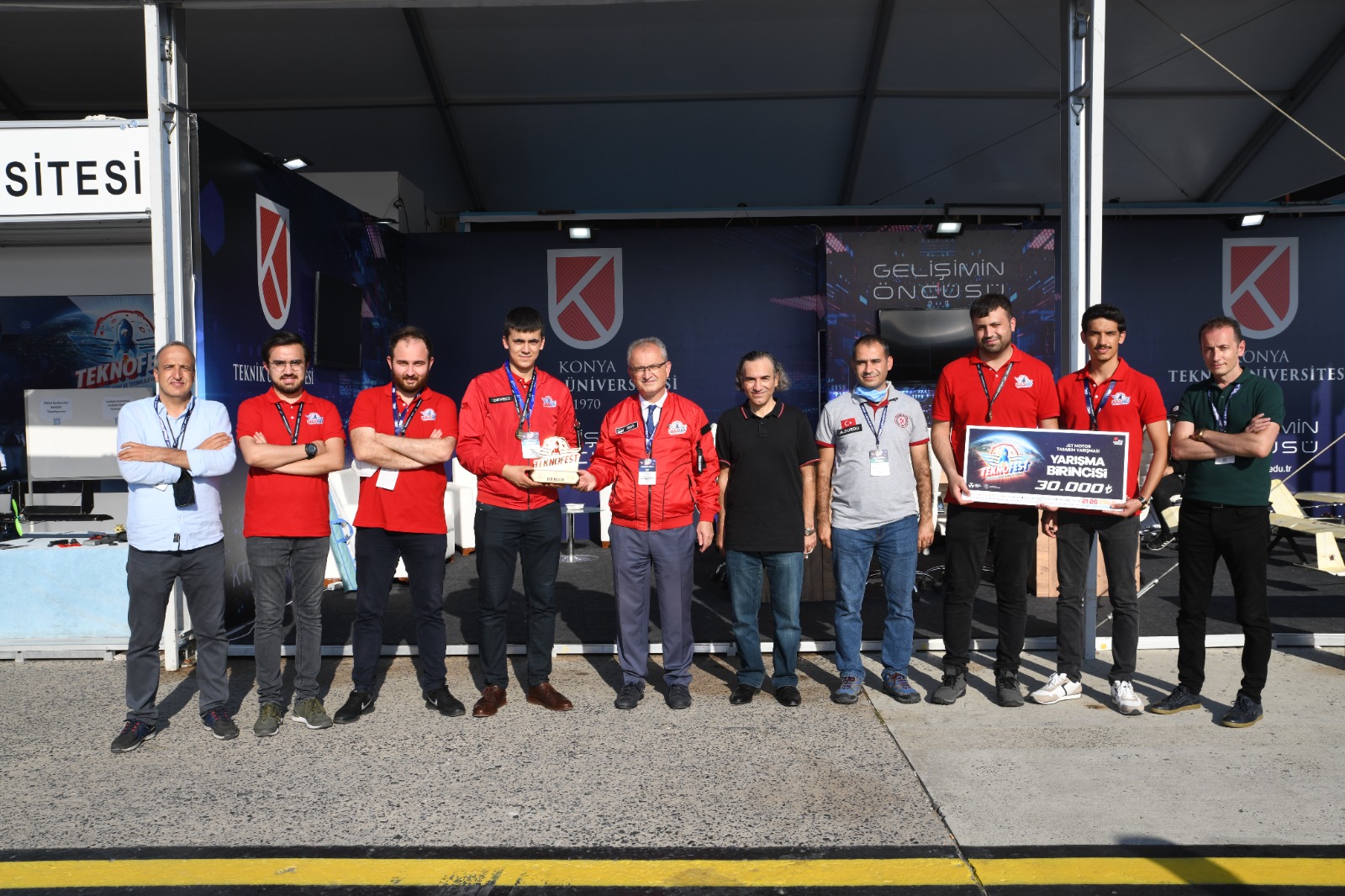 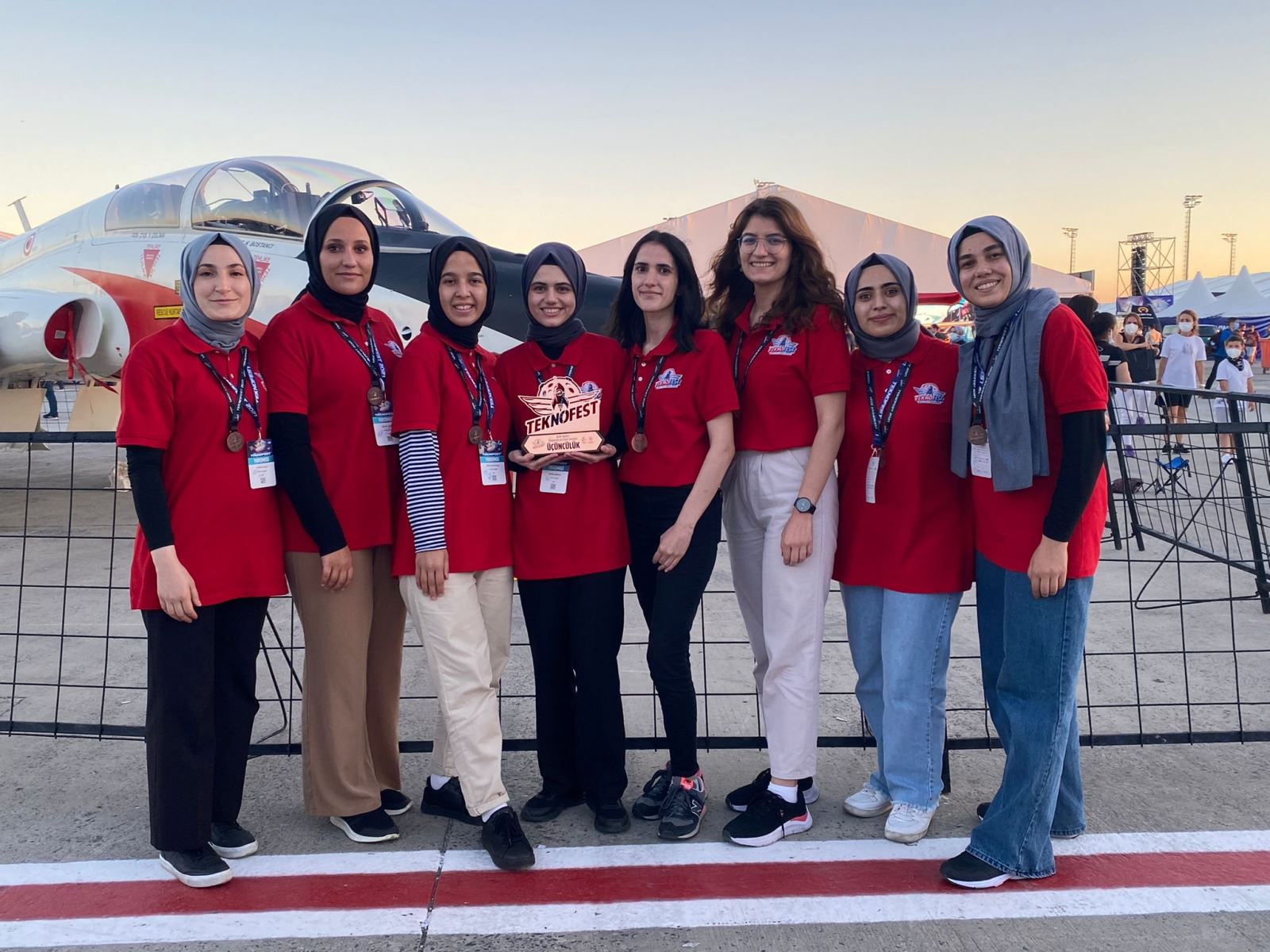 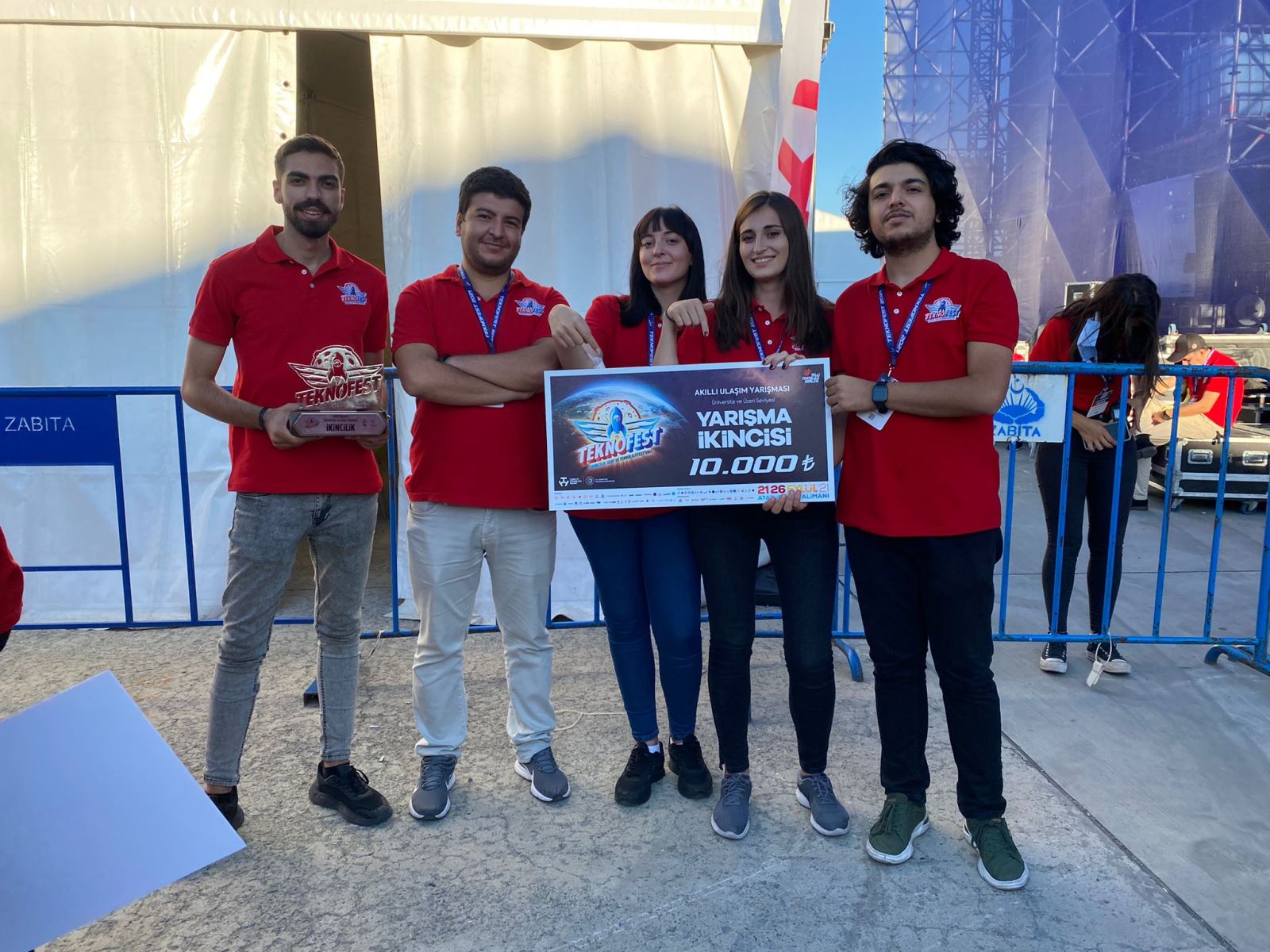 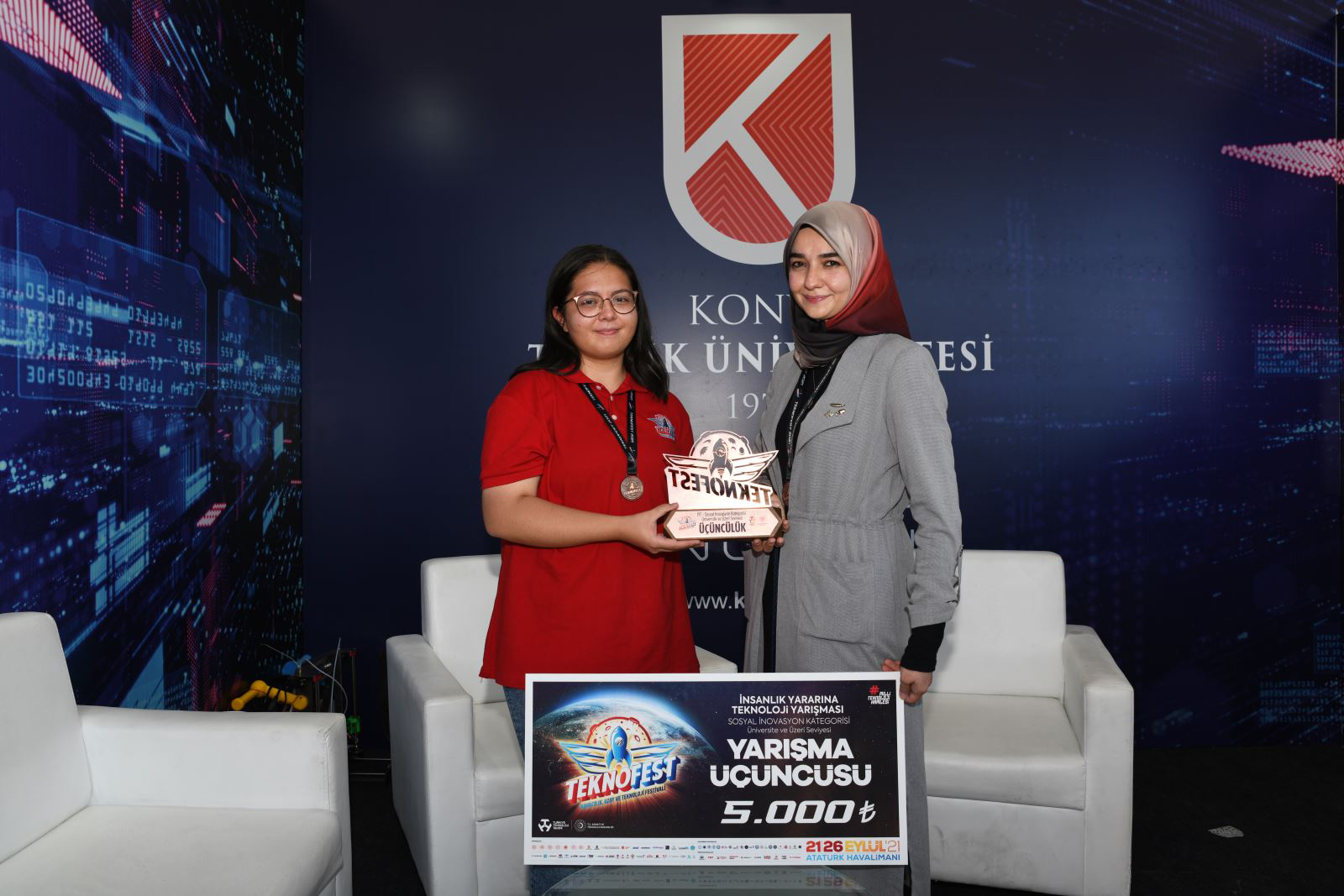 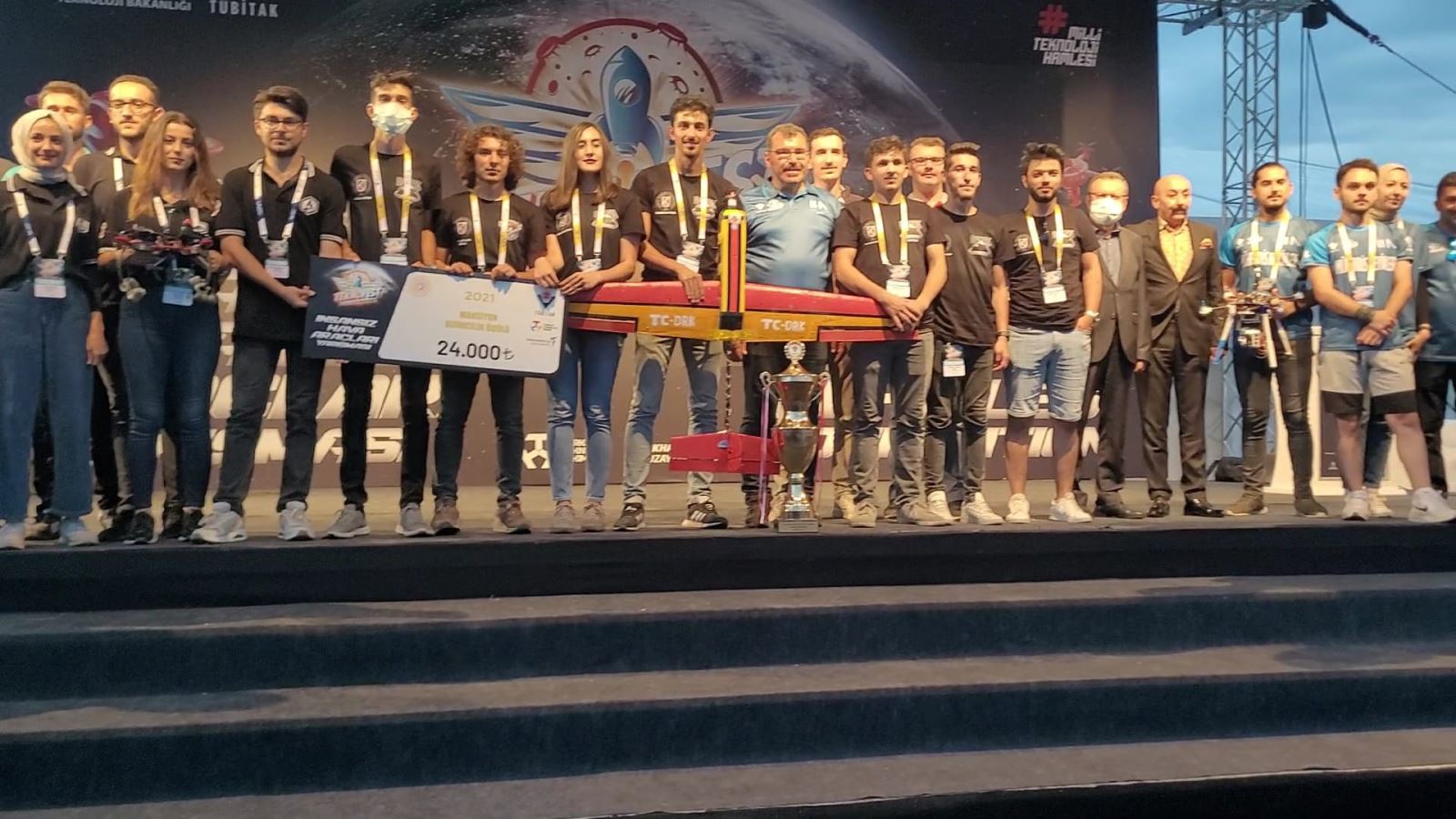